Menu
Tap to select the previous period
Next 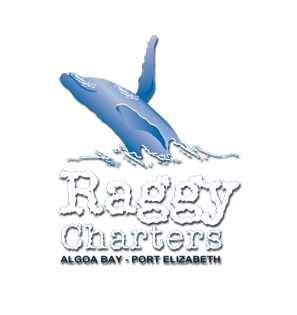 Join Raggy Charters on an exciting marine eco-cruise, where every day is different, and one never knows what marvels will be found! Guests are taken to St Croix Island in Algoa Bay, which is home to the largest breeding colony of African penguins in the world. It is along this route that one has a good chance of finding other exciting marine creatures that frequent Algoa Bay.  Between June and December, we find the ‘gentle giants’, the migratory humpback and Southern right whales. Both species travel thousands of kilometres to use the safe and warm shores of Africa as their breeding grounds. Humpback whales are well known for their acrobatic breaches and they never fail to amaze here in Algoa Bay as we see thousands of them passing by. Southern right whales prefer the shallower waters and seem to really enjoy getting close up and personal with guests as they lazily roll and dive around the boat. Raggy Charters are lucky to boast some of the best bottlenose dolphin sightings in the world as roughly 30,000 individuals use the bay every year, and their numbers are only increasing as we constantly see calves amongst the often 400-strong pods. Between February and June each year is the incredible sardine run which creates feeding frenzies with thousands of common dolphins launching through the waves trying to herd the fish into a ball, with Cape gannets, and other seabirds, dive-bombing the shoal. Penguins, seals, sharks and game fish help themselves to the feast and then Bryde’s & minke whales wait until the end to finish the school off, as they lunge through the water, mouth open wide, engulfing anything in their path. Algoa Bay is also home to 280,000 Cape gannets breeding on Bird Island, and 6000 Cape fur seals at Black Rocks. Humpback dolphins are seen mostly in the summer months, and it is during this time the surface is covered with the tiny fins of baby hammerhead sharks. During the winter months, apart from the migratory whales, we also find albatrosses, petrels, terns and other pelagic bird species! Algoa bay holds something for everyone!

Raggy Charters are unique in that they:

Join Raggy Charters for a leisurely afternoon cruise along PE’s famous beachfront, past the beautiful beaches of Humewood and Summerstrand. It gives you a unique perspective of Port Elizabeth as we head along to the Cape Recife lighthouse and nature reserve which marks the start of Algoa Bay. Light snacks are served during the cruise. We also encourage you to bring along your own drinks/snacks, especially if it’s for a special occasion. Whales, dolphins, Cape fur seals and numerous sea birds may be sighted. Tours leave in the afternoon taking about one and a half hours and covering 10km.

On this morning cruise, 8am to about 12noon, you will visit 2 islands, St Croix Island and Brenton Island. St. Croix Island is where guests will get a close-up encounter of the endangered African Penguin. During this cruise guests also have the possibility of spotting bottlenose dolphins, common dolphins, humpback dolphins, Bryde’s whales, minke whales, humpback whales (June to December), Southern right whales (July to September), Cape fur seals, various species of sharks, Cape gannets and various species of pelagic birds including terns, petrels, skuas, shearwaters and albatrosses.

Enjoy a full day (8 hour) cruise exploring the many wonders of Algoa Bay. Visiting Bird Island, home to 250,000 Cape Gannets, the largest breeding colony of these birds on the planet. The Bird Island group also consists of Stag Island, Seal Island, and Black Rocks. Black Rocks is home to 6,000 playful Cape fur seals. White sharks are seen during the months April to September around Black Rocks. This is when guests can enjoy a cage dive and topside viewing of the white sharks.  The Bird Island group, along with the St Croix Island group, recently became part of the Addo Elephant National Park, allowing rangers to patrol the islands in aid of conservation efforts to protect the African penguin population. As they are Marine Protected Areas, please note that guests are not allowed to go on to the islands. All viewing is done from the boat. During this cruise guests have the possibility of spotting bottlenose dolphins, common dolphins, humpback dolphins, Southern right whales (July to September), humpback whales (June to December), Bryde’s whales, minke whales, Cape fur seals, various species of sharks, African black oystercatchers, Cape cormorants, white-breasted cormorants and various species of pelagic birds including terns, petrels, skuas, shearwaters and albatrosses.

During the winter months (and ranging from April through to September) the South African coast is visited by several pelagic bird species. We take you at first light and back early afternoon, to explore the open ocean, heading for the continental shelf where we are soon joined by Indian yellow-nosed, black-browed, and shy albatrosses, sooty, cory’s and great shearwaters, white-chinned, Northern giant and storm petrels, swift, roseate and Antarctic terns, and the ever-greedy sub-Antarctic skua. Most of these birds often come up quite close to the boat as we use a good quality, slow-release chum. However, we will also head close to fishing boats as they might be getting all the attention of these beautiful birds.