An Addo kind of winter

If you google photos of winter in Addo and the surrounding areas, you’ll find green and golden veld, clear blue skies, a calm ocean and orchards full of oranges braided across vast patches of red earth in between dense thicket.
Actually, it looks a lot like summer. The Addo skies have their clearest days from the end of April to the end of September, as Addo is a summer rainfall region and receives the bulk of its rain during the warmer months. While summer days are gloriously hot, sending visitors to the water’s edge and the game to the shade at midday, it’s best to head out on safari during the early morning or late afternoon and leave the heat of the day for rest and relaxation. However, winter days warm up under a butter-yellow sun, almost as though the light has been switched to dim mode and the air is fresh and clear. Don’t be fooled though, sunblock is always necessary when exploring. That’s just an Addo kind of winter.

In May, the air starts to get crisp, with mornings averaging 8°C/46°F at dawn. As the day warms up temperatures rise to a comfortable 22°C/72°F.
In June and July – our mid-winter – midday temperatures are a pleasant 20°C/68°F, while the night air can freeze the dew, and you will wake up to a thin sheet of  frost covering the grass.
During August & September, as South Africa ambles towards spring, temperatures start to rise again. While mornings remain cool  at 8°C/46°F, calm, sunny days comfortably reach 23°C/73°F.

Please note: As the Addo area covers 180 00 hectares, encompassing mountains, forest, bush and coastline. The above is a general guide. Please check with your tour organiser or host about weather specific to where you will be staying or travelling.

When the thermometer starts to drop, it’s best nestle in around the fire to share safari stories or snuggle under a down duvet and fall asleep to the sounds of the bush. Beware, it’s not always easy to rise before dawn when your wake up call comes in. Even the most enthusiastic wanderer may shy away from numb cheeks and icy fingers as the safari vehicle trundles through the cold morning mist. On safari, there is no such thing as bad weather, only poor clothing choices.

For a winter safari trip, pack thermal underclothes, fleece jackets, beanies and gloves so that you don’t miss out on the secrets of dawn. From a pre-dawn start, coffees are brewed for dunking rusks, curious eyes framed by woolly beanies dart over the horizon to see what the sun has dragged out. The morning frost is short-lived, Because, despite the cold, it is 100% worth it as the wild animals take turns greeting the new day.

Lions and cheetahs are more likely to be seen in the cool early mornings. Keep an eye out for interesting antelope species including hartebeest, springbok, eland and the greater kudu. Herds of elephants emerge from the thickets, causing morning traffic jams as they cross gravel roads, sometimes passing within an arm’s length of the vehicles.

Winter in the Addo area is quieter than summer. There are fewer game viewers in the park and the animals flock to the watering holes as there is less water in the thickets and forests. While migrant birds are yet to arrive, birders are sure to be impressed by the variety: lanner falcon, jackal buzzard, sombre greenul, and streaky-headed seed-eater, to name a few. Browse the full [Addo Birding Checklist].

The deep blue sea is calling

Ocean safaris are especially rewarding between May and September as untold numbers of marine life gather for the annual Sardine Run migration up the coastline. Visitors may encounter several species of whale and dolphin, an enchanting variety of marine bird life and, if they dare, a cage dive to view great white sharks and complete the ultimate [African Big Seven Quick Download Guide]. While winter weather along our stretch of coastline is generally calm and clear, it’s best to schedule your Addo adventures around your marine safari booking, as ocean conditions are subject to change.

The towns of Kirkwood and Addo are some of the largest citrus producers in South Africa. The orchards, edging Big Five game reserves and the national park, offer an delightful holiday for the senses: from a citrus blossom breeze and a tasty orange marmalade to the bustle of the harvest season from March to November, our fruit-filled region is another delightful reason to visit Addo in winter. 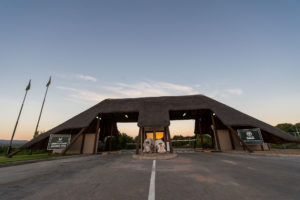 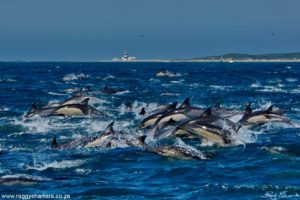 Tales from the Bay: Baitfish activity in Algoa Bay